This is part two of a two part series that Lex Horwitz wrote for Strong Athletic. Lex is a queer, non-binary transmasculine Jewish human who has been in athletics and sports all of their life. Over the past year in the U.S., 144 anti-trans bills have been introduced around the country, many of which aim to ban transgender athletes from participating in sports consistent with their gender identities. This topic is always relevant and important, but now more than ever as kids are losing their right to play and compete in sports. To see an up-to-date list of each state and the policies they have passed go to Chris Mosier’s website Trans Athlete. In this portion of the series, Lex writes about their take on the “Transgender Athlete Debate,” how they understand the fight for trans equality in sports and talking points that they use when discussing the issue with others. Lex hopes that through sharing their perspective, others will have tangible talking points for addressing transgender people's access to athletics. Lex wrote this article in 2019 for Strong Athletic.

As a trans athlete, I’ve had to justify my presence (and that of those like me) in athletics MANY times, something that is emotionally taxing and mentally draining. So, I figured I’d try to help other folks who are having these conversations by providing some talking points.

Point 1: How We Talk About Cisgender and Transgender Athletes

Folks who claim that trans women in athletics have an “unfair advantage” seem to forget that most elite athletes also have “unfair advantages” due to genetic mutations and/or birth abnormalities. As such, when people talk about cisgender athletes who have (“unfair”) advantages they use language like “better suited” or “born with talent.” This language cherishes these advantages to the point of idolizing these athletes IN ADDITION TO not saying the advantages they have are “unfair." On the other hand, the language used to talk about successful transgender (and/or intersex) athletes who have an “unfair” advantage uses morality (i.e., good vs. bad) paired with transphobia (i.e., incorrectly gendering athletes and deadnaming), which is used to accuse transgender athletes for their abilities and demonize them.

Compare how cisgender and transgender athletes are talked about:

The language used to discuss cisgender elite athletes compared to transgender elite athletes reveals that this not a conversation about “unfair” advantage. Rather, it is a conversation about philosophy regarding the position of gender in sports. Either way, all people should have every right to participate in the sports that they love. Period. Enough of trying to control people’s bodies. Enough of trying to regulate and police every move and every decision. Trans bodies are beautiful and no amount of transphobia is going to take that away. 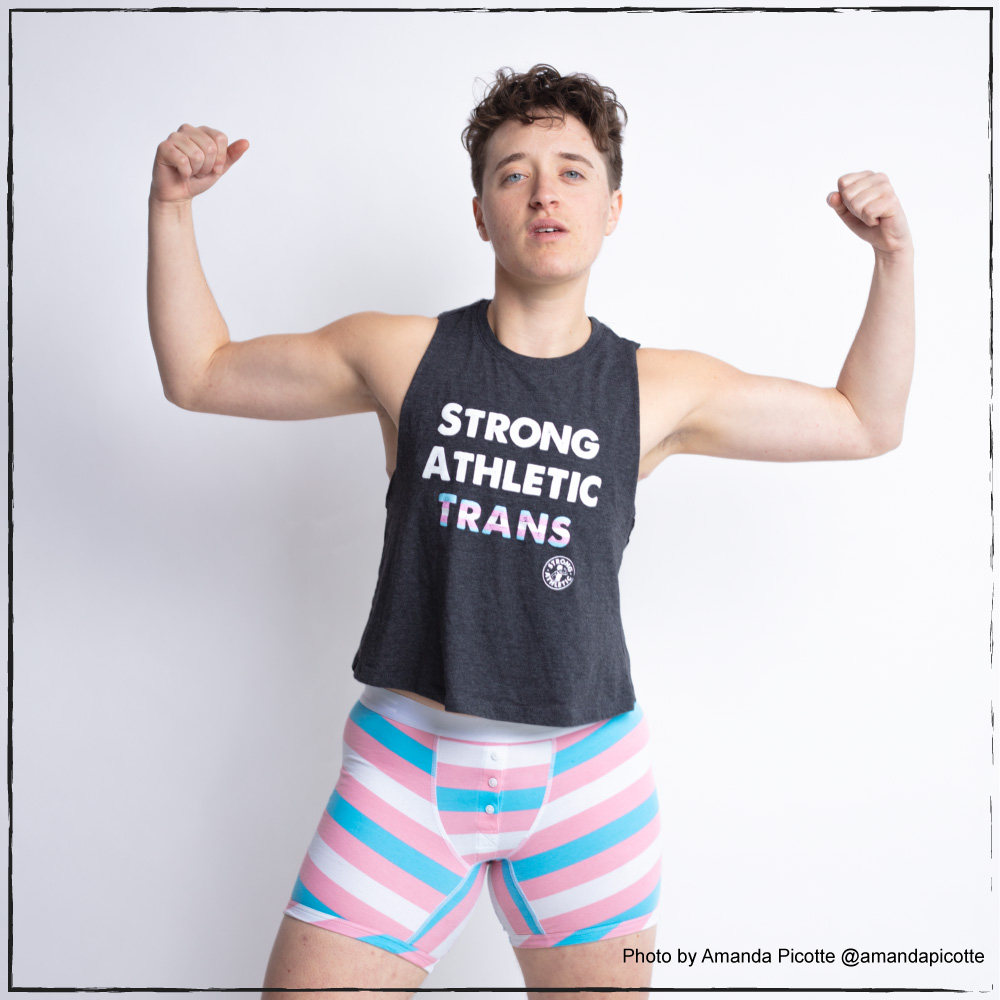 Scientists believe that there are 23 gene variants that are strongly linked to athletic endurance. Research suggests that it is practically impossible to have all 23 (less than one in a quadrillion). The most that anyone can potentially have is about 16. Significantly, most people have some (but not too many), with the chance of having a few to none being extremely small. This means that just about everyone has some form of a biological advantage. Why are people coming after and demonizing trans athletes?

Point 3: Genetic Anomalies that are Found in Elite Athletes

These are examples of genetic anomalies that give athletes “unfair” advantages for which they are idolized:

- Functional polymorphism of the angiotensiogen (AGT) gene: This mutation is two to three times more common in elite power athletes.

- EPOR gene: A single mutation to the erythropoietin receptor (EPOR) gene which helps regulate the production of red blood cells. Eero Mäntyranta, a Finnish Olympic Cross Country Skier, became the “greatest endurance athlete” of his generation in part because of this mutation.

- Myostatin-related muscle hypertrophy: Liam Hoekstra, otherwise known as “Superbaby”, has a genetic mutation that results in less (or no) myostatin, which is the protein that tells your muscles when to stop growing. Babies with similar mutations can do difficult gymnastics by 5 months and pull ups by 8 months.

- Proportionally longer wingspan provides an advantage in sports such as swimming: Michael Phelps, a retired Team USA Swimmer, has arms which measure 80 inches tip to tip. His body measures in at 76 inches in height (compared to most people whose height corresponds closely to the distance between their outstretched hands). This provides Phelps with extra reach in his swimming stroke against his opponents.

- Proportionally greater height provides an advantage in sports such as basketball: Yao Ming, a retired NBA player, is 7 feet 6 inches.

- Joint anomalies that increase flexibility and mobility: Michael Phelps is double jointed, which results in his size-14 foot having the ability to bend 15 degrees farther at the ankle than most other swimmers (practically turning his feet into flippers). Additionally, this flexibility also extends to his knees and elbows, possibly allowing him to get more out of each stroke.

- Birth anomalies (this is a spectrum): Tom Dempsey was born without a right hand and without toes on his right foot, which gave him an advantage as a NFL kicker. 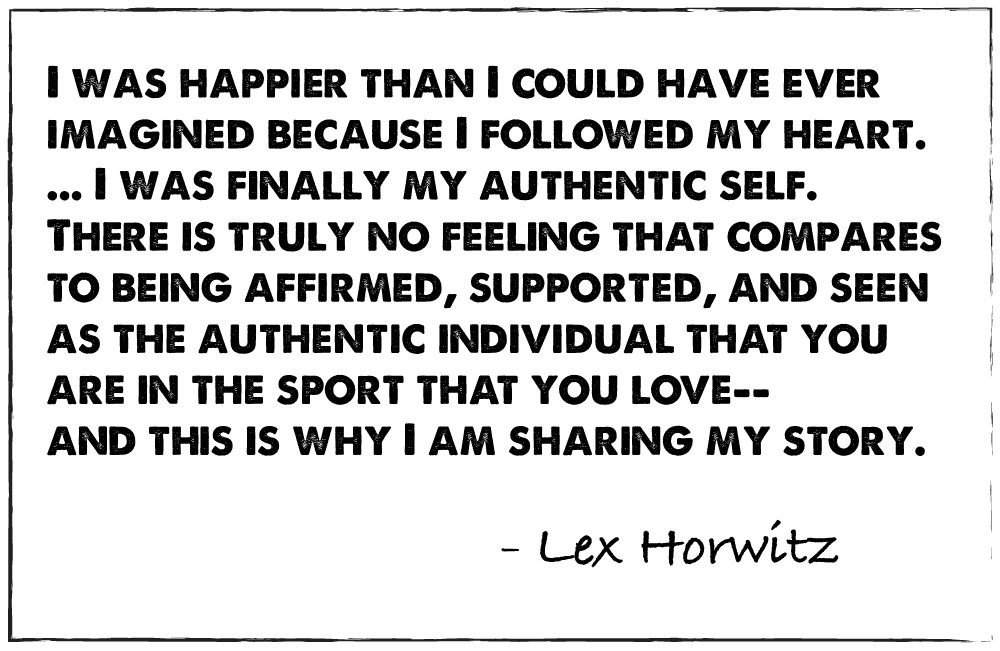 Additional Information about Transgender Athletes Who Are in High School:

- In events designed to be binary, the question lies in how schools, leagues or other governing bodies address and regulate athletes who don't neatly check one of the gender boxes. All transgender athletes face barriers including controversies over bathrooms and locker rooms, the adoption of non-inclusive policies at the district and state level, and overwhelming social pressures and animosity towards their identities, but all of these challenges differ depending on the state where the athletes live.

- There is no national policy governing transgender participation in high school sports. One of the most trans-affirming and inclusive policy states is Connecticut. Connecticut's policy for transgender athletes is geared toward opportunity and access, rather than winning and losing. The Connecticut Interscholastic Athletic Conference (CIAC) clearly instructs that gender identity must be respected,

"We support students no matter who they are, and we want to give them the easiest access to opportunity without any discrimination in the way," says CIAC executive director Karissa Niehoff.

- Professor emeritus at Yale and an endocrinologist who has worked with the IOC, Myron Genel, says, "there is an appalling lack of actual physiologic data that compares performance in any sort of authoritative way that relates to sex hormones."

- Chris Mosier, co-founder of Transathlete.com and a Nike-sponsored athlete who has competed for Team USA (the first publicly out transgender person to do so at the olympic level) says,"for young people, there are so many positive outcomes from participating in sport and connecting with their peers… all young people, including trans people, should get those benefits."

Hopefully this article will provide you with some new talking points, or at the very least some new information to help guide you as you continue to support and defend transgender folks in athletics.

For info on how to hire Lex or to follow them on social, check out the following: