About the Strong Athletic Skater Shirts

The Strong Athletic Skater design is the first one created by Strong Athletic that acknowledged that members of the derby community did not all identify with a gender. You might wonder what gender orientation and skating have to do with one another? We'll explain. When Nadia Kean, founder of Strong Athletic, created the brand that was inspired by a shirt that her friend had made her, she was so proud of telling the world that she was a woman. She wanted to tell everyone that she identified as a woman, and would be highly offended if you referred to her as a girl. She wanted the world to see and understand the fallacy of referring to an adult in a way that was patronizing and also infantilizing.

But Nadia soon found that although she found great pride in being referred to as a "woman", another person would cringe at being referred to by the same word. The people who took offense to the word "woman" were people who were nonbinary. Certain members of the derby community were very vocal about which pronouns they used and also that they didn't identify as a specific gender and instead wanted to be referred to as they or them.

In the early days, in 2014, Strong Athletic was not a company at all yet, it was simply a single grey t-shirt that was eventually branded with the words Get Smarty Coaching on it. Even in the beginning many people wanted to support the concept and also tell the world that they too were Strong and Athletic, but they didn't identify as a woman, and they didn't feel comfortable with those words across their chests.

It was at that point that Nadia thought it was important that she create another shirt that would more accurately reflect her community and so the Strong Athletic Skater shirt was created. Nadia was a skater, and she played roller derby. The term skater was non-binary, any one who skated could use it. This was the beginning of Nadia realizing that something that empowered her, did not empower the person next to her, and in fact it might even torment them.

Although this was in the very beginning of Strong Athletic, when our company was just first realizing who we were and what we stood for, the overall concept of our company got its legs. The key objective of Strong Athletic has always been to amplify the voices of the people who wear our brand. It has always been to give people a platform in which they can say things to others that are important to them. It's always been about making a statement and speaking up. It's always been about respectfully asking others to refer to you, acknowledge you and treat you how you want to be treated. 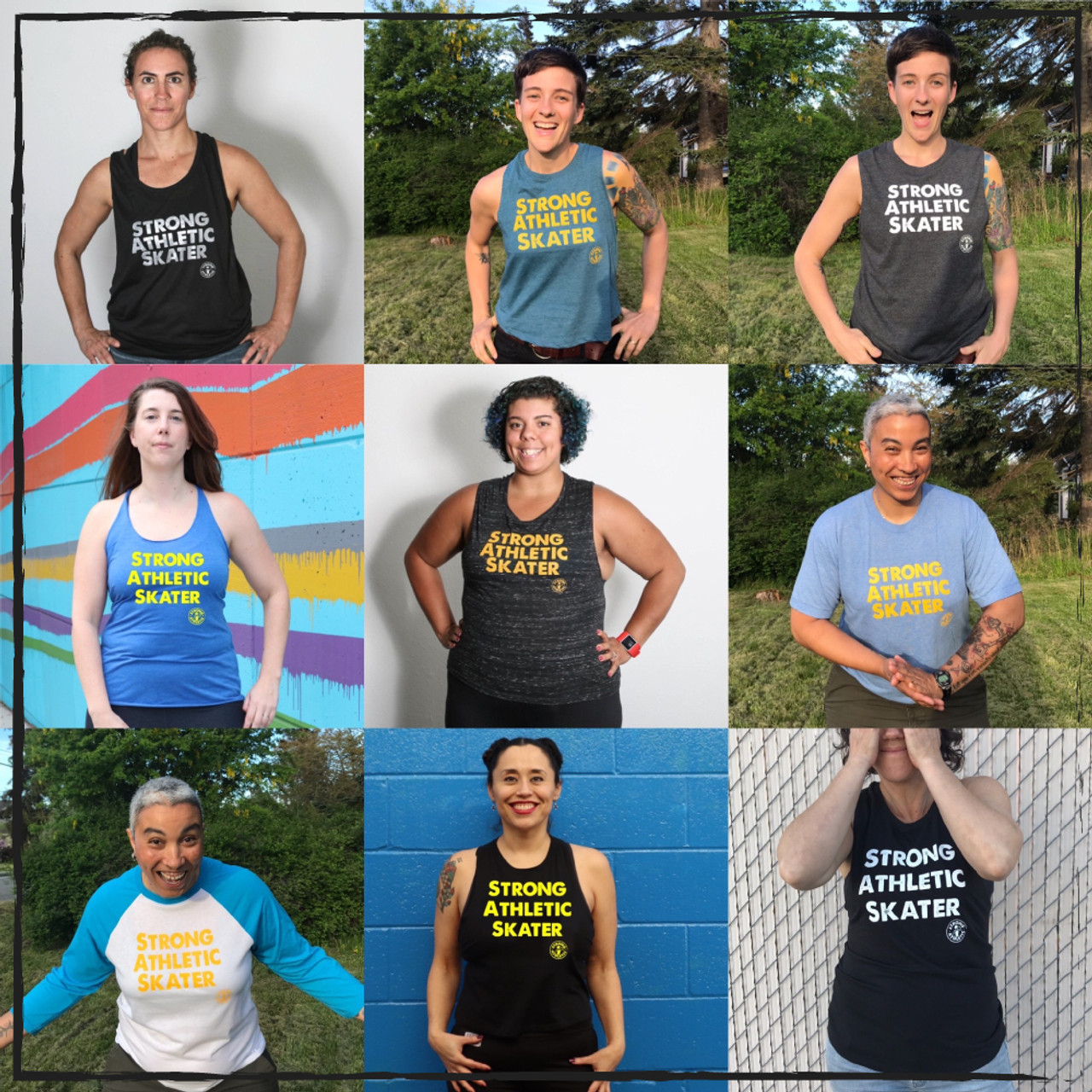